Showing posts from March, 2011
Show all

Inauguration of Greater Rajasthan was all royal affairs

March 30, 2011
Rajendra Bora When Greater Rajasthan was inaugurated by Sardar Vallabh Bhai Patel, the architect of integration of India, on March 30 in 1949 the ceremony to mark the occasion held at Darbar Hall in the City Palace of Jaipur was mostly all royal affairs as most of the senior Congressmen left the venue in a huff over the sitting arrangements. On this day, 62 years ago, four major princely states – Jaipur, Jodhpur, Bikaner and Jaisalmer- merged with Samyukt Rajasthan which was earlier inaugurated by Jawahar Lal Nehru in Udaipur on April 18, the previous year. At the ceremony Patel sworn in Maharaja Sawai Mansingh of Jaipur as Rajpramukh. Rajpramukh later administered the oath of office of the Premier of the newly emerged state to Hiralal Shastri, who was till then Chief Minister of Jaipur. At the time of formation of Greater Rajasthan the Congress had four stalwarts – Jai Narayan Vyas from Marwar, Manikya Lal Verma from Mewar, Hiralal Shastri from Jaipur and Gokul Bhai Bhatt from Si
Post a Comment
Read more 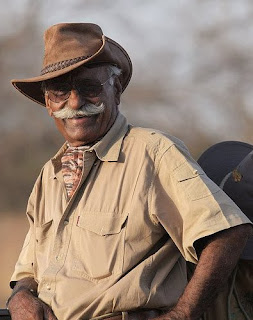 Rajendra Bora Jaipur. Fateh Singh Rathore who lost battle with cancer in Jaipur on Monday fought untiring batlles for more than three decades against the establishment and poachers to save tigers in Ranthambhore. He wrote the success story of Ranthambhore Tiger reserve which could not be carried forward by his predesessors. Born in a desert village in the then Royal state of Marwar, near Jodhpur, with little vegetation Rathore, fondly called Fathji by wild life enthusiasts, was nothing in his family background that could forecast that he would become a great protector of endangered wild animals. In his schooldays he was not a studious boy and once aspired to become an actor. His grandfather pushed him into the Navy which could not hold him more than six months. He tried to become a lawyer and sold soft coal for a while. Rathore joined the Forest department in 1960 as a Game Ranger in Sariska. That was the turning point in the life of Fathji. His fascination with forest and wi
Post a Comment
Read more 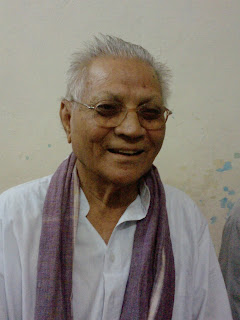 Rajendra Bora Eighty year old Mehboob Ali, who passed away early Wednesday morning in Bikaner, was basically an intellectual rather than a run of a mill politician. Honesty and commitment was his hall mark. He was like an alien in the today’s breed of politicians. In a political system which does not allow an honest, independent and impartial person to survive Mehboob Ali, fondly called Mehboob Saheb, was a shining example of a politician who could not be corrupted. He showed his mettle serving as minister for Public Health Engineering Department (PHED) in first ever non-Congress government in Rajasthan in 1977 when no tempting offer of money and political pressure could deter him from his crusade against corrupt officials. He was like a Rishi (saint) having great insight into ills of society. An intellectual we should be proud of. He could call a spade a spade. But he was a misfit. Hindus would not accept him because he was a Muslim. And Muslims would not accept him because of h
1 comment
Read more 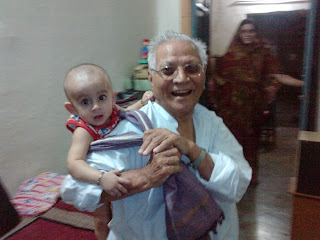