Showing posts from July, 2009
Show all

From an outsider to being one of them

Rajendra Bora Maharani Gayatri Devi of Jaipur, hailed as one of the most beautiful women in the world, added glamour to the Pink City when she arrived in the town in 1940 at the age of 21 as a third wife of Maharaja Man Singh, a veritable prince charming. Unlike his two earlier marriages, arranged by elders, the Maharaja himself chose his third bride. It was a love marriage between Man Singh and Gayatri Devi. And like any love marriage in traditional Indian society this high profile wedding also faced several hurdles. The first hurdle came from Gayatri Devi’s family in Cooch Behar. Even her mother, herself a great friend of the Jaipur Maharaja, was hesitant to give her daughter’s hand to a man already having two wives. However, Man Singh’s love for the beautiful princes triumphed and Cooch Behar family agreed for the wedding. The biggest challenge to the proposed marriage came from Jaipur nobles and also from the then British Government of India. Oppositon to the third marriage
Post a Comment
Read more

Jodhpur is proud of its association with legendry Ali Akbar Khan 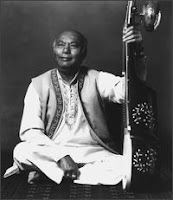 Rajendra Bora Jodhpur. With the passing away of Ustad Ali Akbar Khan, who became a legend in his own life time, an era of Indian classical music has ended. The land of Marwar is proud of its association with the master of Sarod, a 25-stringed instrument, who brought the Indian classical music to the international stage. Ali Akbar Khan Saheb began his professional musical career in Jodhpur serving as court musician in 1940s. People of Jodhpur have always been proud of the fact that the Ustad started his journey to great musical heights from the land of Marwar.. In fact his first true achievement came when he was appointed the court musician in the Jodhpur Royal Court. It was also in the Jodhpur Royal Court that he was bestowed upon the title of ‘Ustad’ (master musician). Veteran music connoisseurs in Jodhpur still have fond memories of Ustad who, they remember, was a jovial fellow and a good cook too. He was provided with an official car from the court in which he would go on long
Post a Comment
Read more
More posts