Showing posts from February, 2010
Show all

February 26, 2010
Rajendra Bora Although the concept of ‘Human Rights’ came into existence way back in 1948 with the United Nations’ Universal Declaration but the National Human Rights Commission came into existence in India forty-five years later, in 1993, when ‘The Protection of Human Rights Act’ was enacted by Parliament. The State Human Rights Commissions came into existence much later. One might wonder why the enactment of law by Parliament was delayed for 45 years? It is because no such necessity was felt. Many of the Articles of the Universal Declaration of Human Rights had already found place in the Fundamental Rights in the Indian Constitution. The Indian Constitution is one of the classical documents of its kind and has been drafted in such a systematic and simplified manner that is easy to understand, even for a layman. Than why Human Rights are being flouted so rampantly? Has the Constitution failed? No. They are the mortal being – We the People - have failed. What is the role of medi
1 comment
Read more

February 26, 2010
Rajendra Bora I would like to begin by quoting management guru Arindam Chaudhury whose recent book has taken the Indian business world by storm. In his best selling book “Count Your Chikens Before They Hatch” Arindam tells an interesting observation about Japanese people in the chapter titled “Pegging Cultural Holes”. In Japan “when a man runs short of money in the market place and goes to borrow some from the policeman round the corner, he meets with a pleasant experience. The policeman might not even ask for his address, for, trust levels are too high and policeman knows that a Japanese would rarely cheat his country. When this is how a citizen is treated. In turn he also acts responsibly and reacts by picking up a wastepaper lying by the road and taking it home to throw in his dust bin”. It may sound a fairy tale to us Indians because the Police force is just not considered as a friend here despite all efforts made in the past to make it so. The overwhelming perception of the com
Post a Comment
Read more

Water tariff in Rajasthan poised for a steep hike

February 19, 2010
Rajendra Bora Jaipur.The water rates in Rajasthan are poised to go up steeply if the new draft of State’s Water Policy is adopted and implemented in letter and spirit. The new Policy being vigorously pursued by the Gehlot Government calls for “rationalization of Operation and Maintenance charges” by introducing “an effective differential water tariff” which will go “progressively upward towards full cost of operation and maintenance”. The Draft Policy document proposes to charge a “three or four stepped water tariff” with the highest rate for excessive use of water for different uses including agricultural, industrial, commercial and municipal purposes. The idea behind the stepped water tariff is to use the higher rates as a “strong disincentive” for “profligate water usages” “This stepped water tariff will be set to ensure magnitude difference in water rates between lowest and highest rates”, the Draft Policy says adding that “the first stepped rate of relatively cheap water w
1 comment
Read more 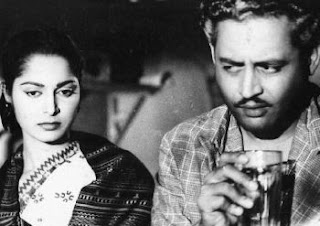